Armed Forces Day (formerly Veterans’ Day) is an annual event celebrated in late June in the UK which commemorates the service of men and women in the British Armed Forces. Veteran’s Day was first observed in 2006.

I worked on design and frontend for the site which publishes events for the day happening around the country. Events are created on the frontend by the public and appear in listings and maps on the site once approved. The site features an impressive collection of photos which the MoD make available as resources to event hosts and attendees. 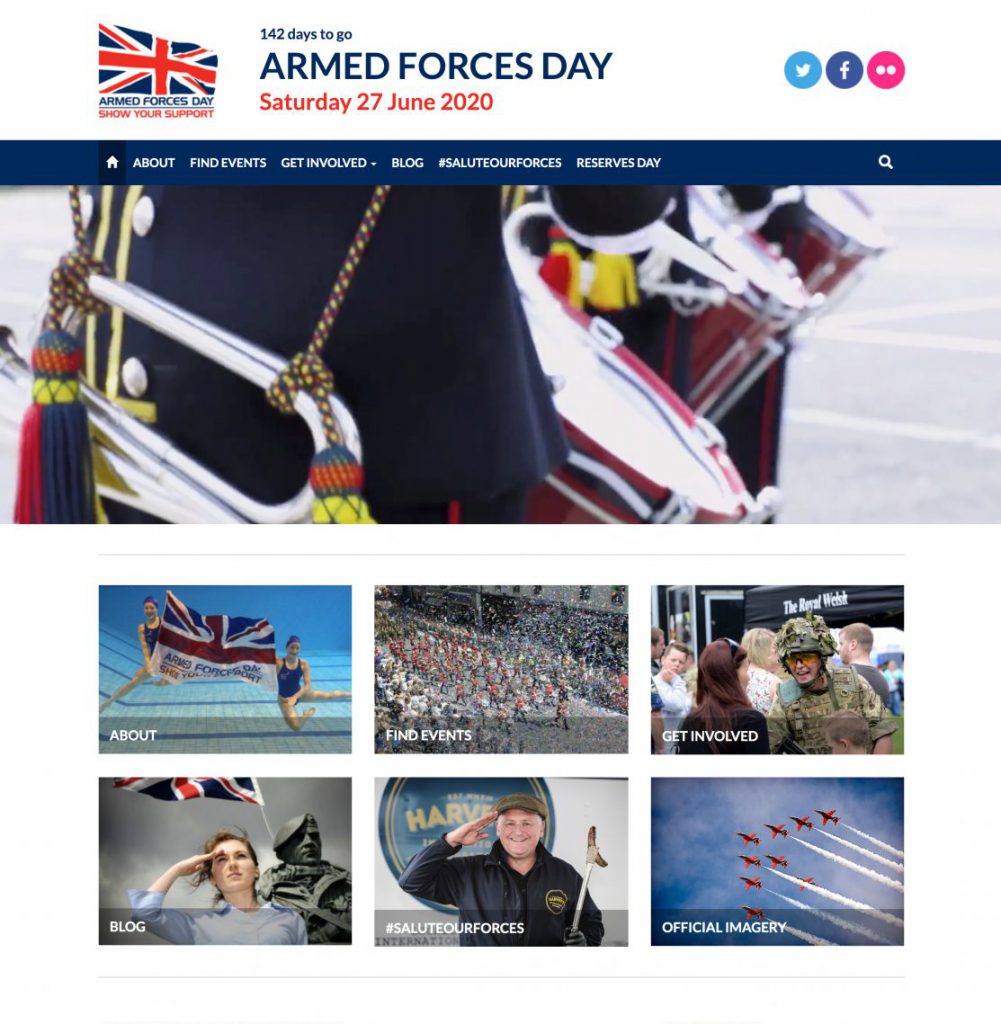 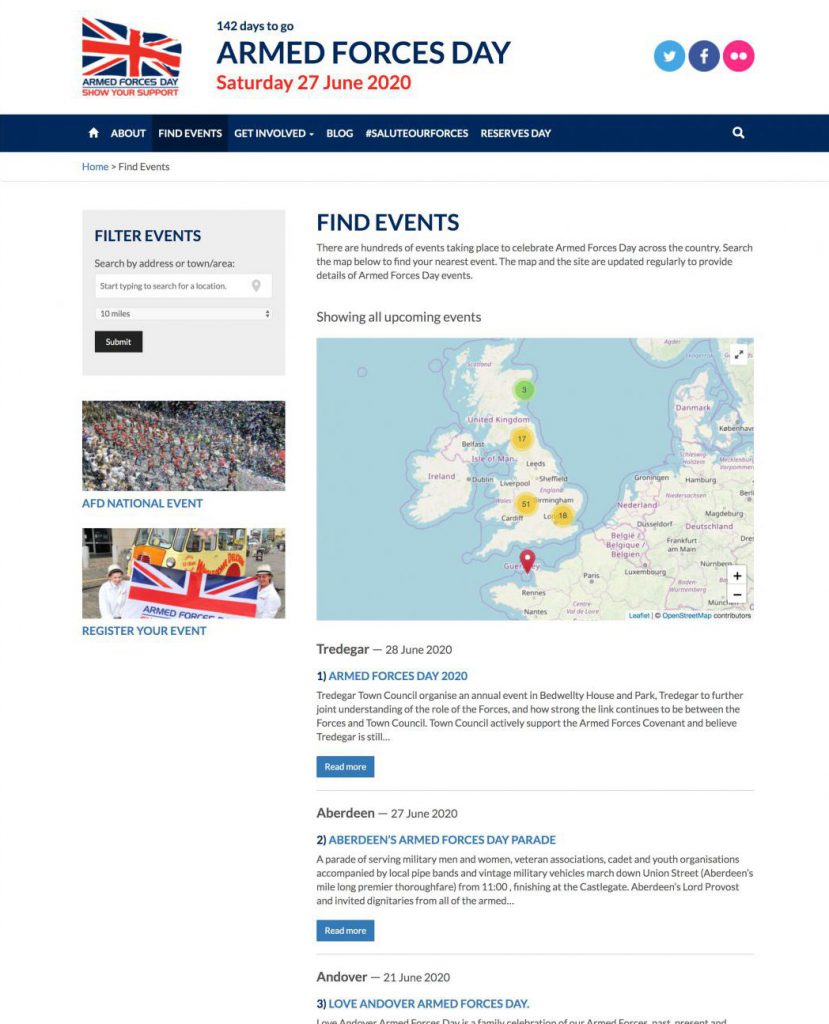 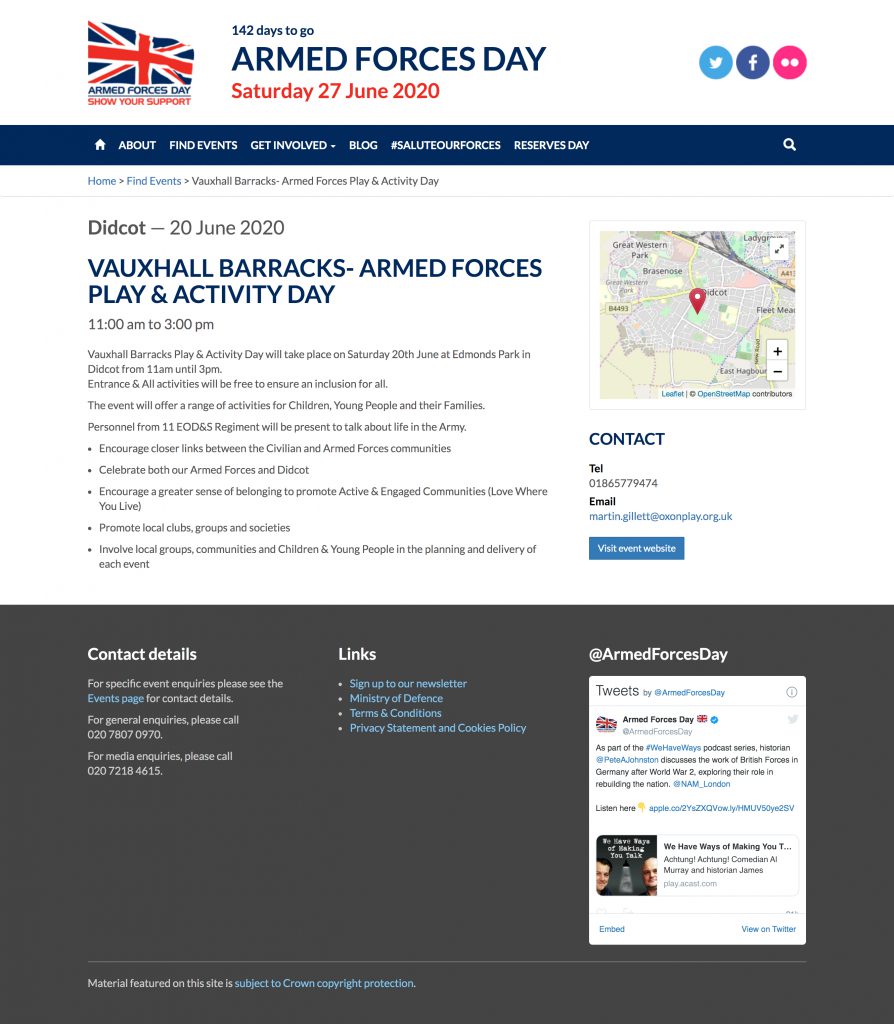