The British Antarctic Survey is the United Kingdom’s national Antarctic operation. It takes an active role in Antarctic affairs, operating five research stations, two ships and five aircraft in both polar regions as well as addressing key global and regional issues. It is part of the Natural Environment Research Council (NERC).

Helpful were commissioned to rebuild BAS’s website in 2014. This was a large undertaking for a team consisting of three — a WordPress developer, a project manager, and me (design and front end). 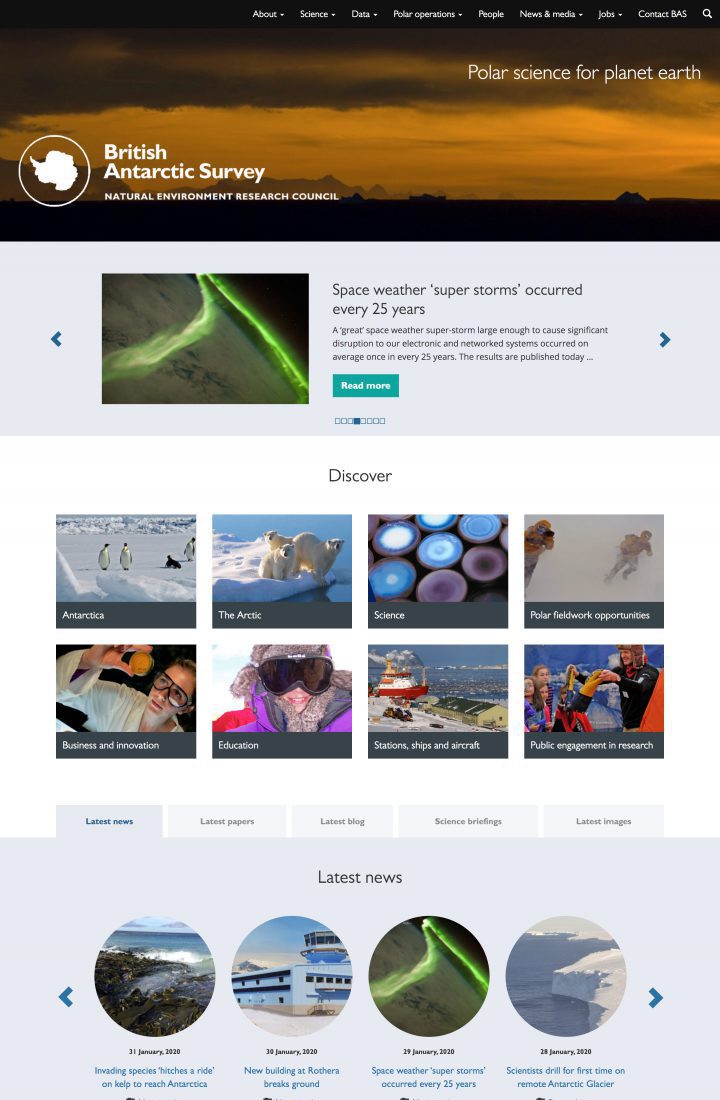 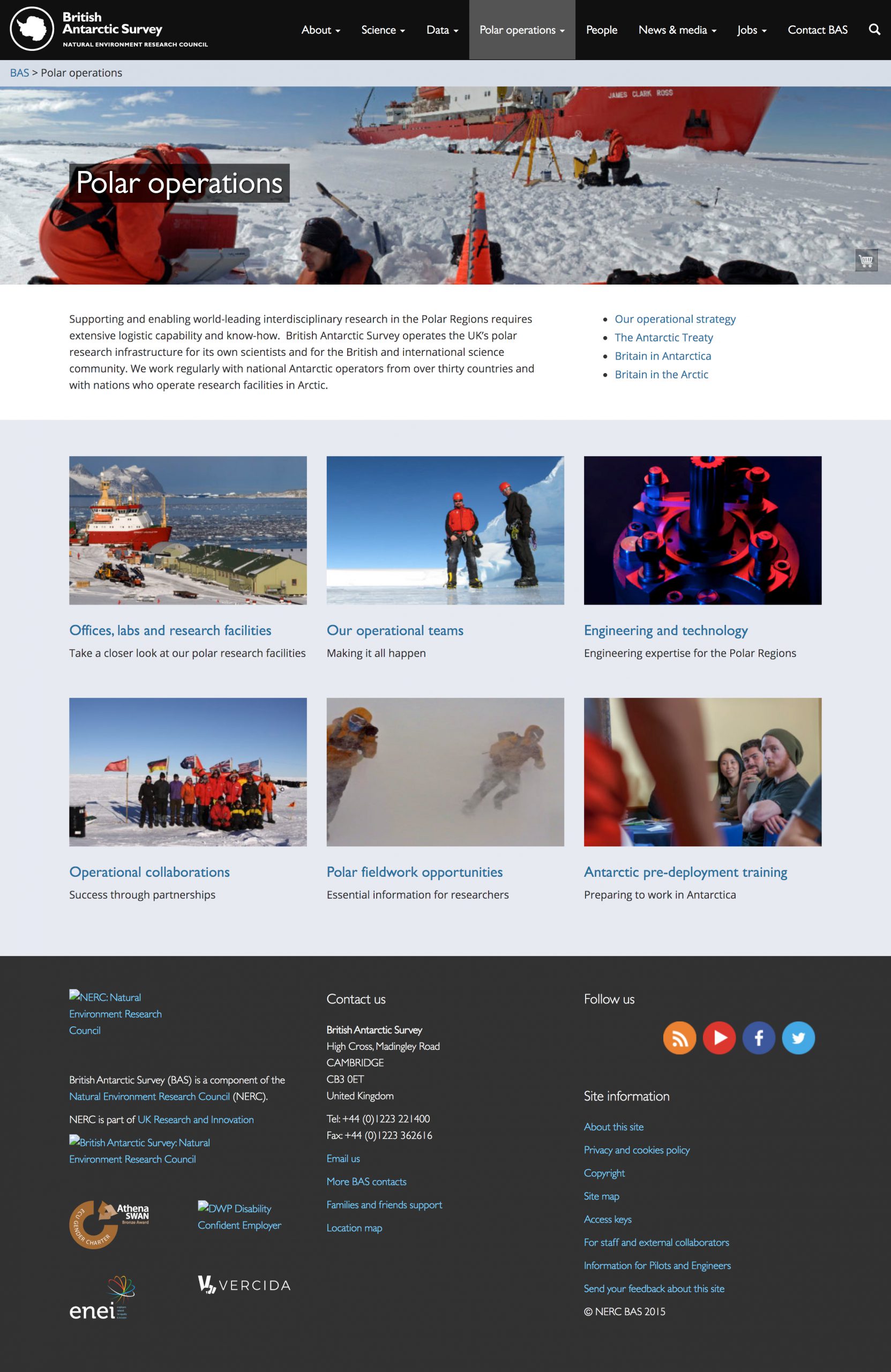 I worked on design and wireframes following user research and a content audit of old website. Initial wireframes were worked up into a prototype in WordPress for testing and refinement. Lastly I created front-end static templates which were eventually turned into WordPress templates by our backend developer. 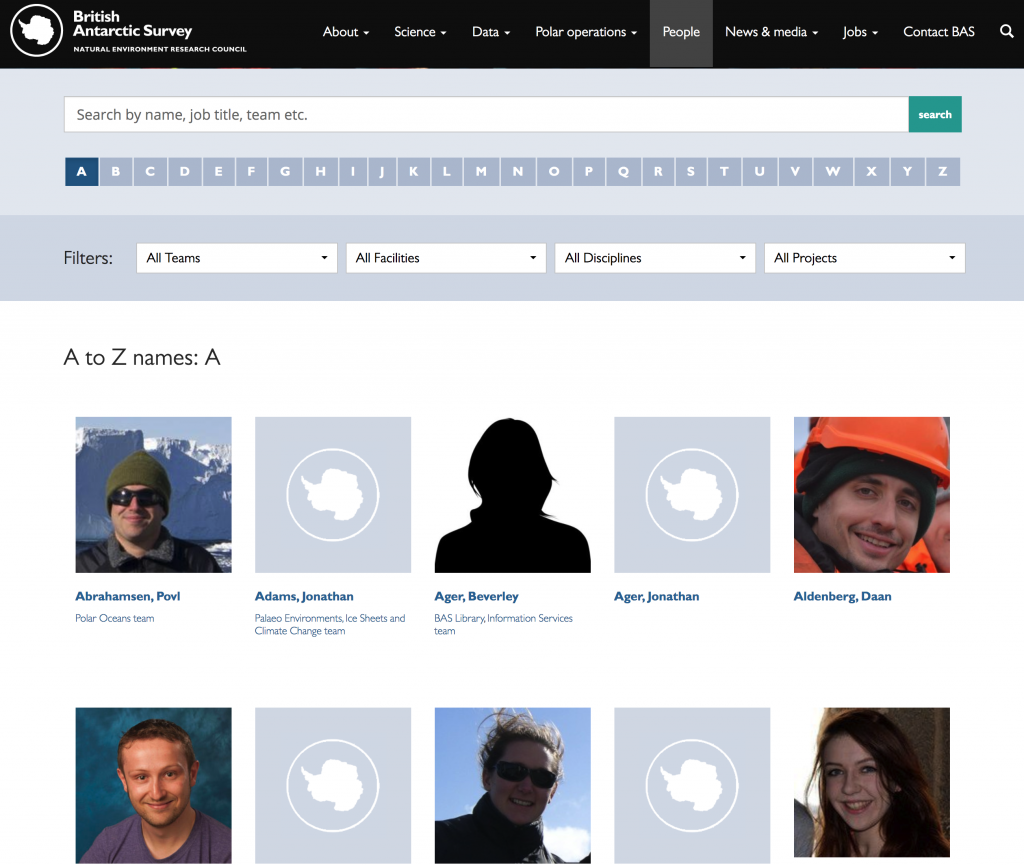 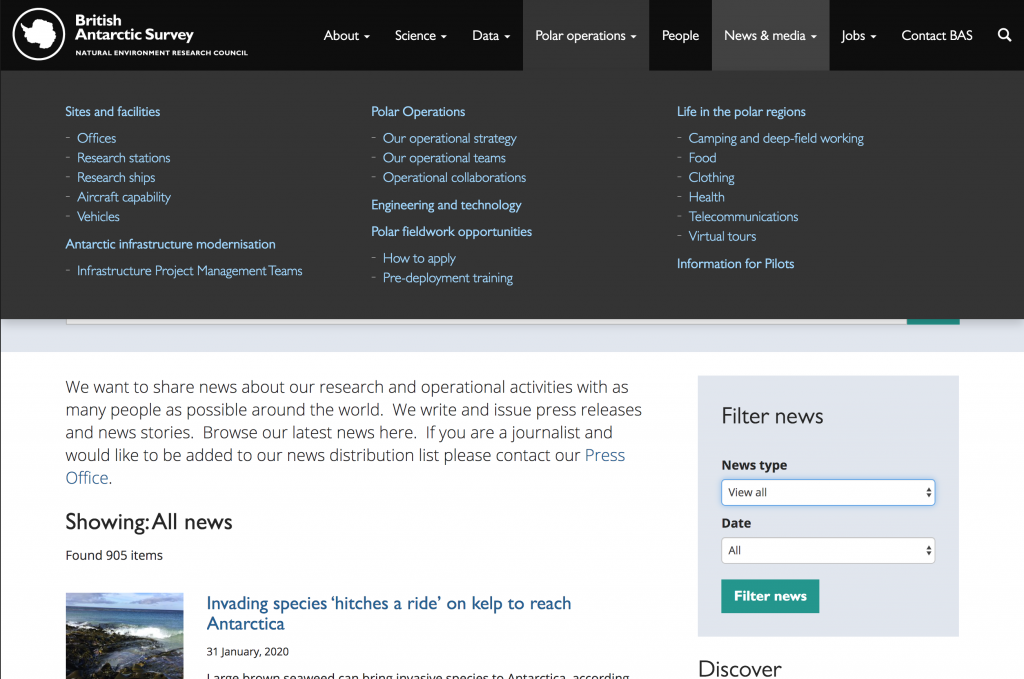 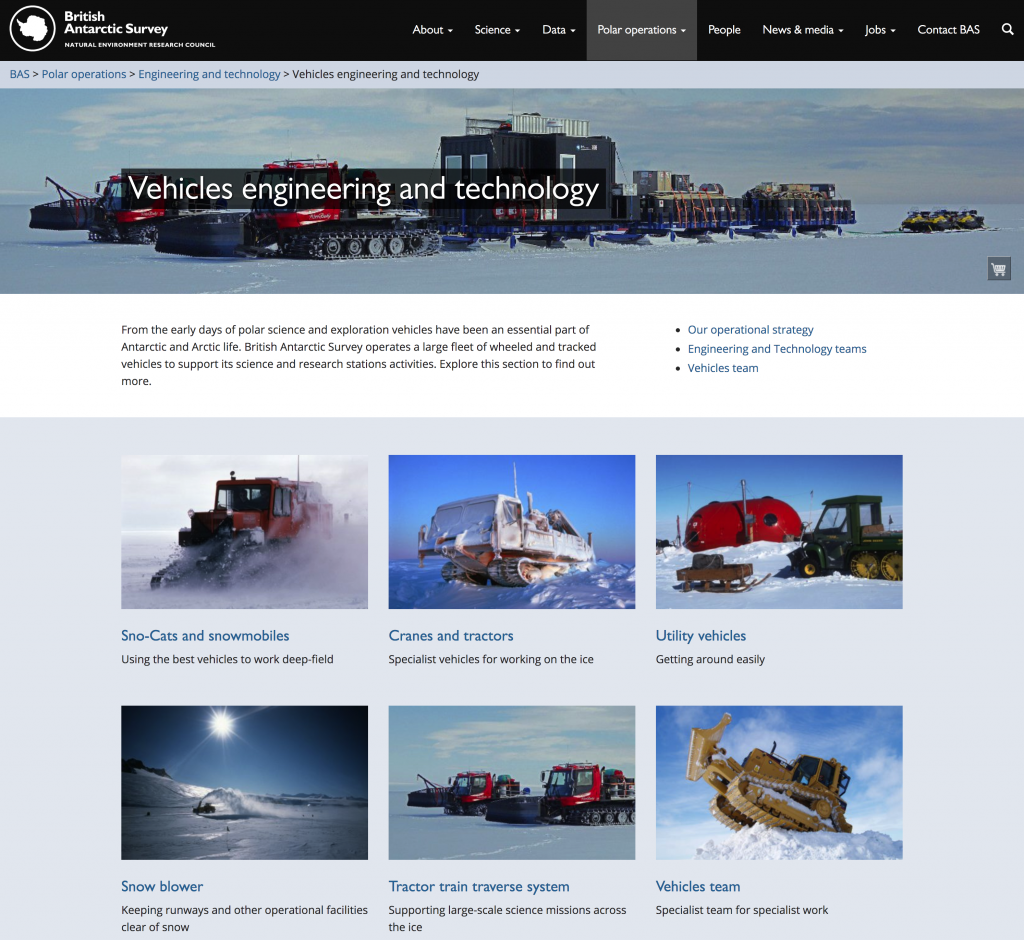 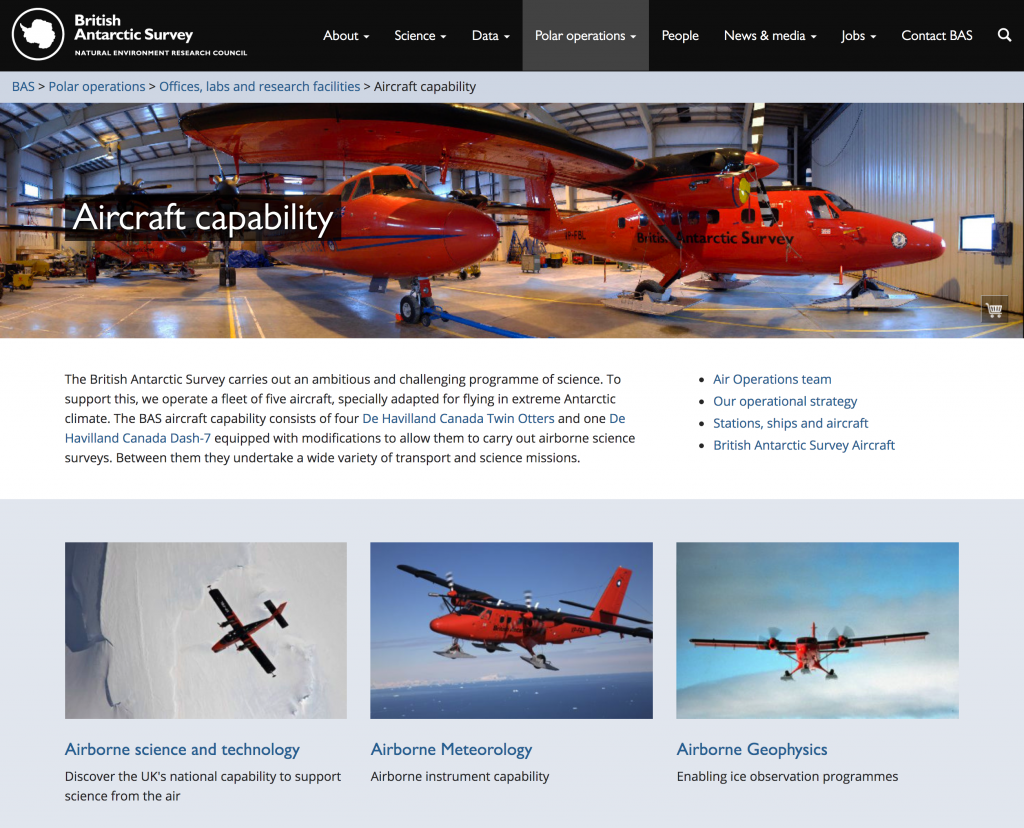 BAS were keen to showcase their impressive photographic library, something previously lacking in the old website. Layouts with plenty of full-bleed image blocks or grids made up of image cards feature prominently throughout.