The British Antarctic Territory (BAT) is a sector of Antarctica claimed by the United Kingdom. It is the largest of the British Overseas Territories. The official website for the government of the territory provides news and information on the territory’s history and environment, on collectables and travel.

BAT’s old website was no longer fit for purpose, content was poorly organised and presented, and the interface was particularly frustrating on mobile devices. For this project I created wireframes and designs in Sketch followed by static front-end templates. The front-end templates were handed off to our back-end developer, loaded with content, tested and then further refined.

Key objectives were to bring the site up to date, improve usability, readability, and accessible, and allow for relevant content to be surfaced. The finalised site makes plenty of use of negative space, iconography, and BAT’s impressive photographic imagery. The components and layouts were drawn from Helpful’s Patterns Library, a library of best practice design patterns which I had begun to collate at the time. 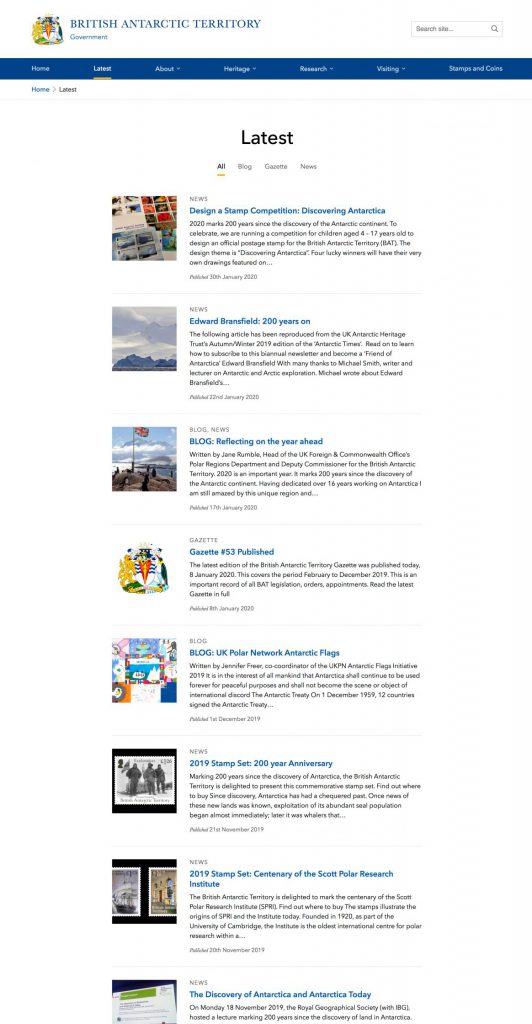